Cosmetic surgery or procedures are often viewed as taboo. Afterall, if it's not life threatening, so why should one go under the knife just for aesthetic rather than health reasons? However, the fact of the matter is that some do undergo cosmetic surgeries for health reasons, such as birth defects.

Though some might disagree, appearance does have a certain level of importance in today's world. Several studies suggest that people make their first impression on others within the first few seconds of interacting. This bears a huge significance on job interviews, business meetings, or developing a new romance.

It is also known that your appearance influences your degree of life satisfaction. If you are not happy with the way you look, you might be at risk for developing all sorts of mental disorders, including depression and anxiety.

At Loan Street Singapore, we understand that cosmetic procedures are more than a whim. They are necessities to develop better relationships, to have more chances, and to be happy with yourself.

Some cosmetic procedures might be needed after a minor accident, especially if you don’t want to have scars. These procedures or minor surgeries might not be covered by your insurance.

Other types of surgeries might not be covered or you might not have enough money in your budget for them, which happens often with emergencies.

At Loan Street Singapore, we understand that people require various surgeries and interventions. Some, on an emergency basis. Hence, they shouldn’t have to be denied the chance for a better life because of poor credit score or for not having any savings. This is why we have a specially tailored Cosmetic Procedure / Surgery Personal Loan. 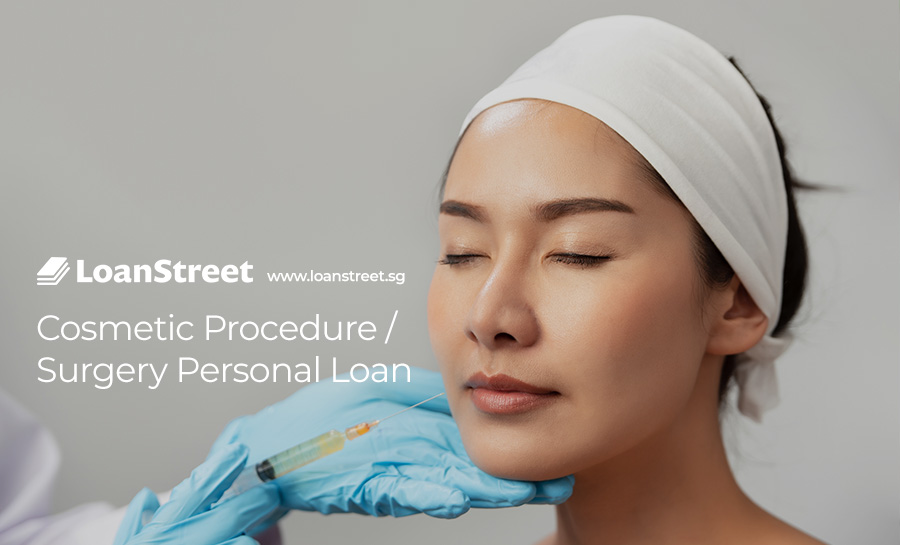 Just two weeks ago, we helped Mr George Yang fulfil one of his childhood dreams, and do the same for his son, three-year-old Derek.

Mr Yang was born with a cleft palate. Due to this, he suffered various forms of discrimination. He was bullied as a small child and he had few friends, which created attachment issues that influenced his adult relationships. He was always self-aware of his defect, which also influenced his performance during job interviews. Although he is now happily married and employed, he needed years of therapy to overcome his struggles.

As his son Derek was born with the same defect, Mr Yang wanted to stop this vicious circle. He came to us and we helped him find the best medical practitioner for their surgeries. As Derek is just a child, his lip will heal faster and better than his father’s, though Mr Yang is extremely happy with his new appearance.

At Loan Street Singapore we can help you deal with your own needs thanks to our personalized Cosmetic Procedure/ Surgery Personal Loan. We will cover the expenses for:

Launched in July 2019, Loan Street aims to provide even more financial assistance to Singaporeans and Permanent Residents (PRs). We also aim to help educate the borrowers on the differences between licensed and unlicensed money lenders (loan sharks) so that they do not fall into the debt trap. To provide more assistance, Loan Street has launched and built the Learn-and-Succeed community that helps individuals upgrade their knowledge, hard skills and soft skills so as to secure better salaries and a higher standard of living. Our objective of the community is for everyone to upgrade and live even better than before.

Loan Street researches on all 158 licensed money lenders in Singapore and narrows down the best financial institutions. With Loan Street's help, you will be able to secure a Cosmetic Procedure / Surgery Personal Loan at an inexpensive and reasonable amount of interest rate. There will also be regular monthly settlements that are affordable so that your wallets will not be strained further. At the same time, our community will be able to help you upgrade your skills and life.