What are the must-knows when it comes to taking a home mortgage loan?

Singapore has been known to be among the most expensive cities in the world. Unfortunately, this does not mean that the majority of the populace are wealthy. There is an income gap.

In fact, most Singaporeans who desire to own their own homes are unable to buy them upfront with one direct payment from their savings. The majority of Singaporeans will seek financing from banks and other financial institutions in order to achieve their dream of becoming a homeowner. It becomes common for couples to take on a home loan in Singapore.

Taking out a home loan is a major investment and it needs proper planning. Both banks and private financial institutions offer home mortgage loans. However, what makes each different? What should you be comparing and how can you get the best deal for yourself?

As one approaches a bank or financial institution for home financing, the following points are important and should be noted: 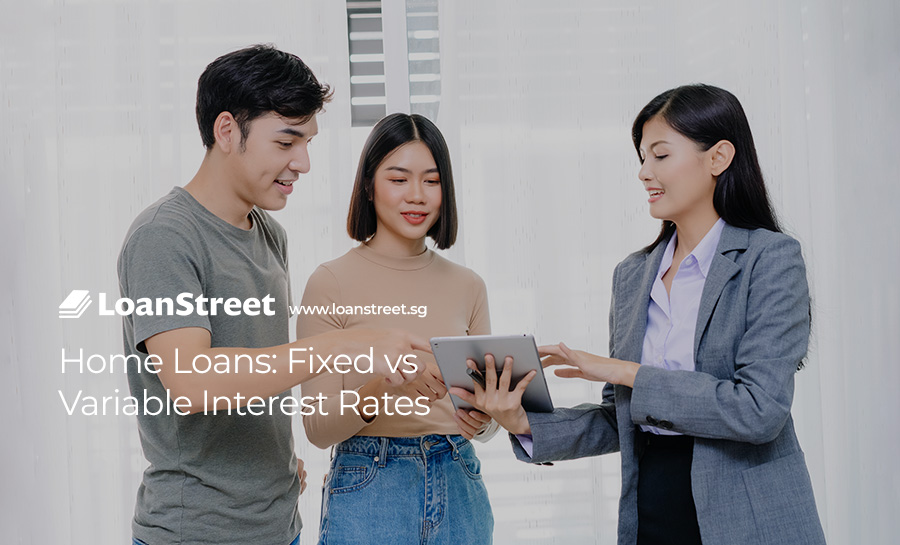 As the name suggests, the fixed rate of interest is charged at a constant percentage throughout the loan period. The borrower is able to know upfront the exact amount of interest he will have paid by the time he finishes repaying the loan in full. However, the variable rate of interest keeps changing because it is pegged on the Singapore Interbank offer rate (SIBOR). Therefore, under the variable interest rate option, one’s interest rate for the mortgage will be the SIBOR plus a small extra margin, and this means that the rate of interest will keep fluctuating as the SIBOR fluctuates. There is almost no way for the borrower to know exactly how much he will have paid in interest by the end of the loan term.

2. The home is the collateral

One needs to remember that the home is actually the collateral for the mortgage. This means that any defaulting on the loan repayments can cause major inconveniences to the borrower’s family, such as losing the house entirely. It is important that one considers the long-term effects of having a home loan before taking up any offer. The borrower also needs to have a fairly firm guarantee that he or she will be able to service the loan up to the end of the repayment period.

3. Percentage to be loaned to the borrower

In Singapore, banks will lend to the borrower a certain percentage of the value of the property that he or she plans to buy. In some banks, this percentage can be as high as 80% if one’s credit rating is very good. It should be noted that the remaining 20% needs to be sourced elsewhere by the borrower.

In view of this, the couple needs to ensure that they have enough cash for the remaining 20%, or whichever percentage the bank has given, before taking the home loan. It will be an embarrassment for the borrower if the bank approves the loan, only for this extra amount to be unavailable. It shows a lack of seriousness on the part of the borrower.

This is the amount that the bank has agreed to lend the borrower in principle. This figure is obtained by looking at the credit score of the borrower.

This approval is usually in writing and it is valid for 30 days, though it is not a binding document. Generally, if one has a bad credit score, then the amount approved could be very small. Once the borrower knows this figure, he or she will be able to search specifically for the type of home that will fit the amount approved. 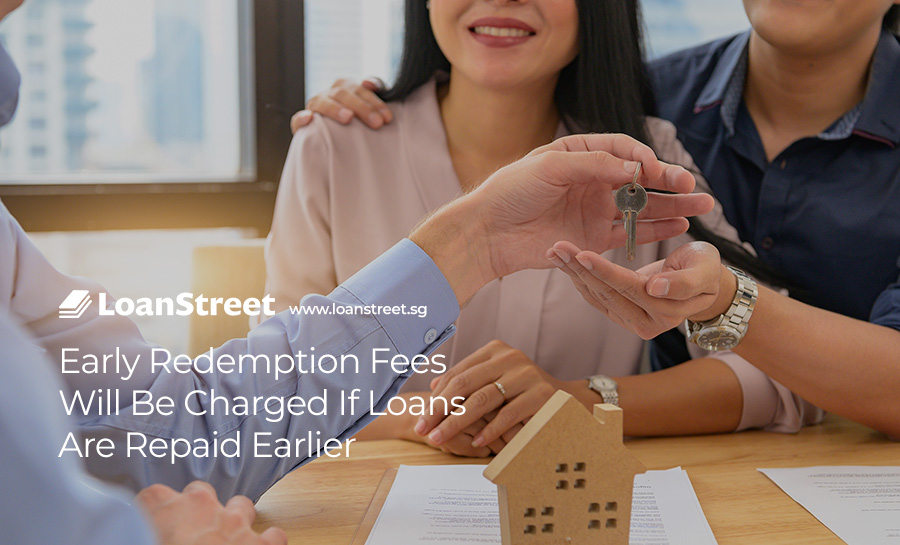 Early redemption of the loan can happen, but it is not common. It is a scenario where the borrower finishes paying the loan before the due time. This could be a sign of excellent planning and discipline. However, the irony is that the banks usually charge some amount if the borrower decides to redeem the loan early. This is because they will actually lose the interest that they would have received if the loan had gone full term. Therefore, the amount they charge is an attempt to provide some cushioning against lost revenue.

6. Fee for valuation of property

An independent, professional valuer will be hired by the bank to give the correct value of the property. This is for purposes of calculating the amount that the bank is willing to lend. The bank engages an independent valuer so as to get a realistic figure. The fee for this valuation will be borne by the borrower.

This refers to the period of time that the borrower has been given, according to the contract, to repay the loan in full. This period is usually stated on the contract and it is binding. Therefore, the borrower should be prepared to be in debt for the number of years stated as the repayment period.

There are cases where the borrower may want to change this repayment period. He or she may want to extend the payment period or even shorten it. If the bank approves, it usually comes with a penalty. The penalty charged depends on the bank.

There are legal fees necessary for the lawyer handling the transfer of ownership of the property. The process of transferring the ownership of property can be very tedious and time-consuming. It involves a lot of paperwork and plenty of legal and administrative details that are best left to a lawyer. The bank will engage a lawyer to handle this process and the fees paid to him or her will be part of the cost of the loan that will be borne by the borrower.

This is a safety measure which is put in place to protect the family of the borrower in case he or she passes on or becomes permanently disabled before completing the payment of the home loan. In Singapore, this insurance is called Mortgage Reducing Term Assurance, and it prevents the family of the borrower from losing the home in case of his or her death or disability.

It is possible to replace a current mortgage with another one at another bank which has a lower interest rate. However, this refinancing of the mortgage obviously comes with some costs. The borrower will need to consider all this before making a decision to refinance the loan with another bank or with the same bank if it has another product with a lower interest rate.

This is an option that is open to mortgage holders. There can be several co-owners of a property and each of them has an equal share of the property regardless of the amount of investment that they contributed. This is an option that is used among married couples and it makes life much easier for the surviving spouse in the event that one passes on suddenly. This is also a way of safeguarding the property of family members.

In conclusion and how couples can proceed

As a conclusion, one should get an expert to comb through the terms and conditions of the mortgage contract before signing on the dotted line. It has been said before that the complications are usually in the details. One needs to make sure that he or she understands each clause very well. There is also the fact that several banks give mortgages, so the borrower will be wise to ask for guidance on which bank has the most suitable terms.

When one is in a home mortgage loan contract, they should diligently make punctual repayments. When they make late repayments, their credit score might be affected. If you and your spouse need extra cash to top-up for home loan repayments, Loan Street has quick loan packages that can help. Our loan package is flexible and approved quickly should all documents be received. 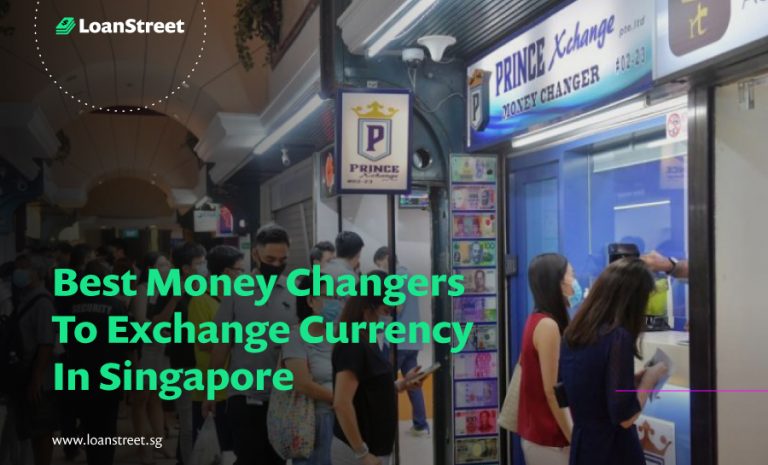 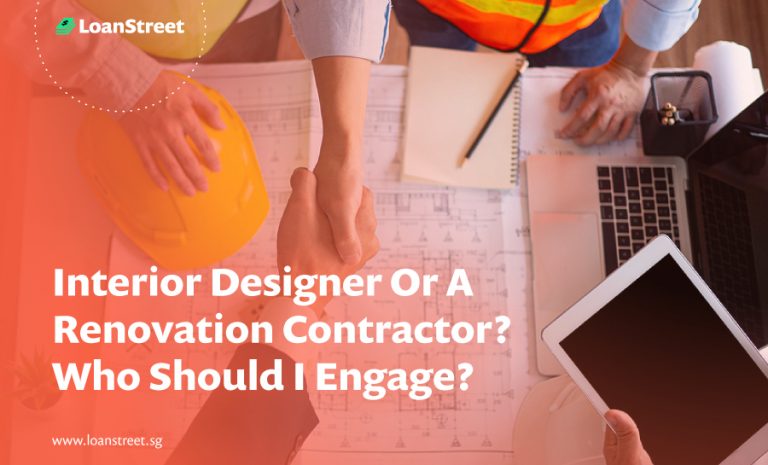 Interior Designer Or A Renovation Contractor? Who Should I Engage? 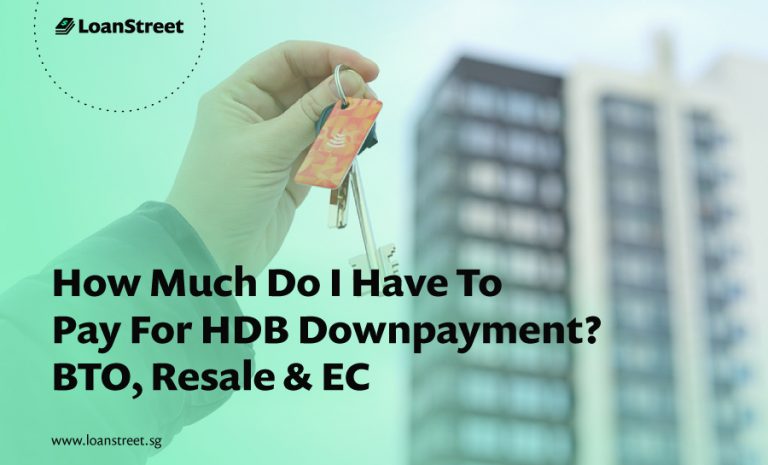 How Much Do I Have To Pay For HDB Downpayment? BTO, Resale & EC 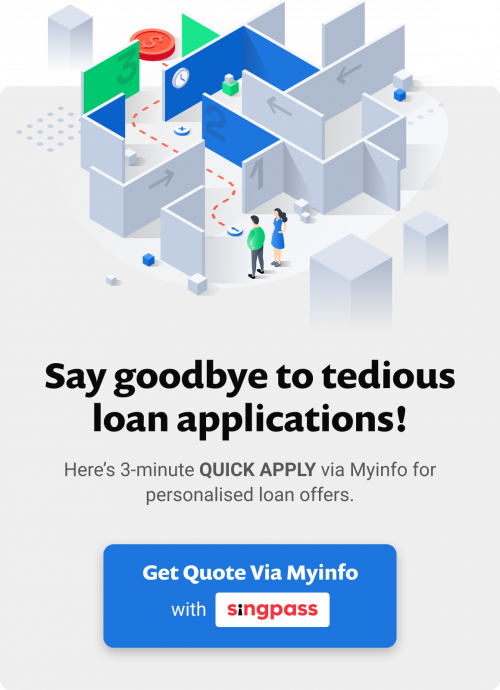